Whilst a list of places to visit and local eating places is very useful, there’s nothing quite so descriptive as a map. Whereabouts is that recommended pub and how long might it take to get there?  What happens if your dog is taken ill; where is the nearest vets? Well hopefully all these questions will be answered by looking at the maps I’ve created. END_OF_DOCUMENT_TOKEN_TO_BE_REPLACED

Normal For Norfolk – The TV Show 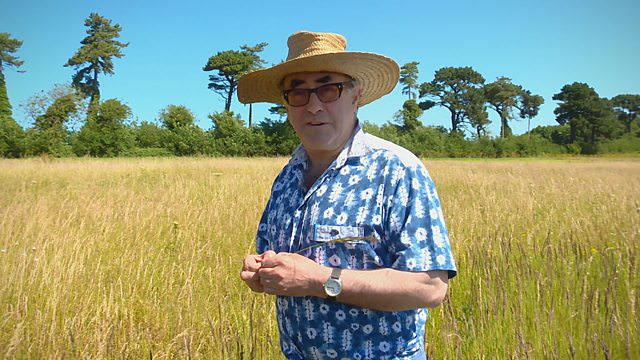 Just repeated this week and next, late night on BBC2, the show follows the trials and tribulation of gentleman farmer Desmond in trying to keep his 17th century family home afloat.

It’s an insight into life in renovating holiday homes, running a cafe, a fruit farm, country pursuits and lots more. Each episode covers a season, so we follow a year in the life of Desmond, his 99 year old mother Chloe and his two children in the ups and downs of trying to make a living from the estate.

Where did the term come from used as the title for the series? “Normal for Norfolk” is a phrase used to describe someone who is seen as so ridiculous they could only have been born as a result of the “inbreeding” supposedly commonly found in Norfolk! This can range from the unusual local pronunciations and dialect, but also applies to the many silly accidents in the region.

Apparently, the term was first used by the staff at the Norfolk and Norwich Hospital, in relation to the number of accidents caused by the sheer stupidity of locals. People who move to Norfolk from outside the region quickly pick it up and use it as a derogatory term. Norfolk folk on the other hand use it affectionately to describe their own quirks. It is more likely to be associated with rural Norfolk folk than the Norwich city folk!

For those of us that travel in and out of the region on holiday, it can only be an affectionate term. There’s something about the slower pace of life, the friendliness of the locals and the individual shops and cafes than make it such a great place to holiday.

You’ll find Desmond and his family at Wiveton Hall on the North Norfolk Coast just after Cley-next-the-sea, about an hour or less on a pleasant drive from any of our properties. Spend a few hours there, walking around the walled garden, picking your own strawberries or raspberries, shopping at the farm and gift shop and finally stopping off at the cafe. Meander home along the coast road and perhaps pick up some fish and chips from my favourite local, Bacton fish and chips for your supper. 🙂

If you missed it then the episodes are available on You Tube here:

Had you ever heard of a Star Party? Does it give you visions of a mass of celebrities gathered in a club somewhere, or perhaps little girls dressed up in pretty dresses waving magic wands? Well until last week I’d never heard of one either, but it turns out it’s all about looking at and celebrating the amazing night skies.

Here in Norfolk we are truly spoiled with our big blue skies in the day and at night, well, you’ll easily get a crick in your neck when you look up and realise just how full our sky is of stars and other twinkly galaxies! Just drive into the countryside a little, perhaps combine it with a trip to a rural pub, as we did last week, visiting the Bannigham Crown (more of that in another blog) and stand and stare. We’ve recently been treated to a dazzling display of the Northern Lights as the Aurora Borealis painted the night sky over Norfolk.  The phenomenon occurs when electrically-charged particles from the Sun enter the Earth’s atmosphere. END_OF_DOCUMENT_TOKEN_TO_BE_REPLACED

Now I know a lot of you out there have a furry member or two in your family, so I’ve had a wander around and found some great dog friendly blogs or sites that I want to share with you. 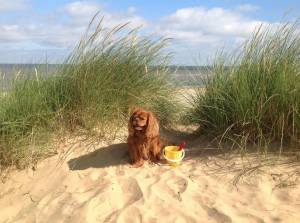 A North Norfolk based one is called The Barking Bugle and its byline is the only online newspaper written for dogs by dogs! It’s got lots of tourist information, a page dedicated to local events called What’s On and you can even share a photo of your pooch on there. My only request is that if you do, share it with us first. 😉 We have a guest dog gallery just waiting for your photos to be added. END_OF_DOCUMENT_TOKEN_TO_BE_REPLACED

I just had to share this great new video, produced by Visit Norfolk, that sums up everything I love about this beautiful county. The closing remark – “You’ve got everything you could possibly want here, a week isn’t long enough to come to Norfolk” So true! END_OF_DOCUMENT_TOKEN_TO_BE_REPLACED 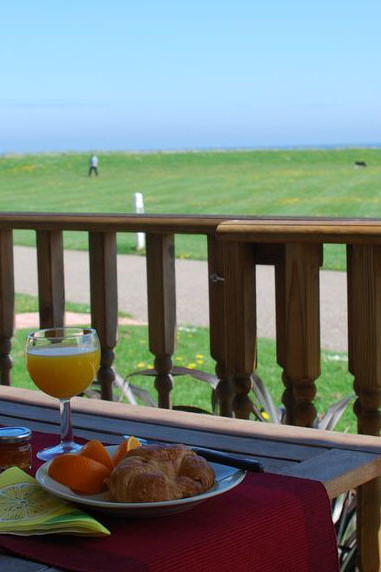 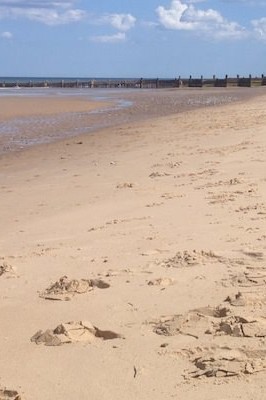 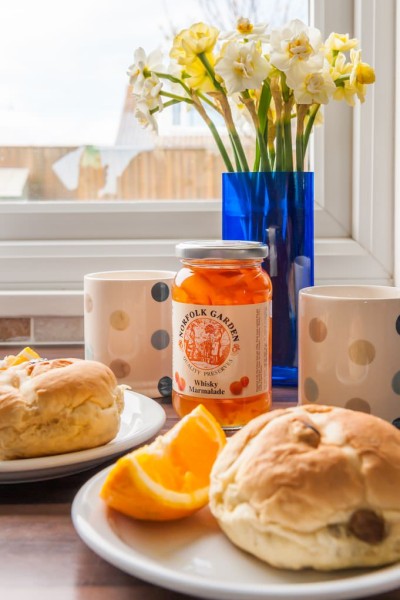 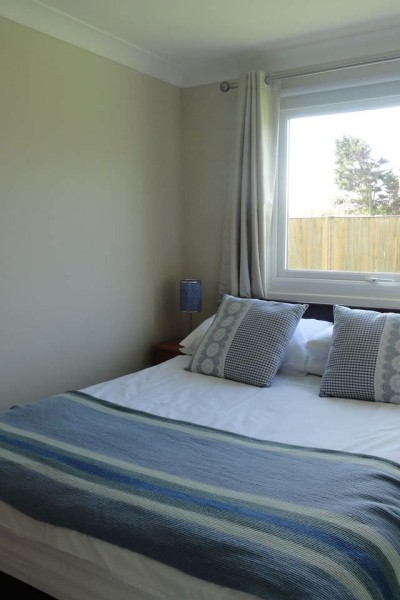 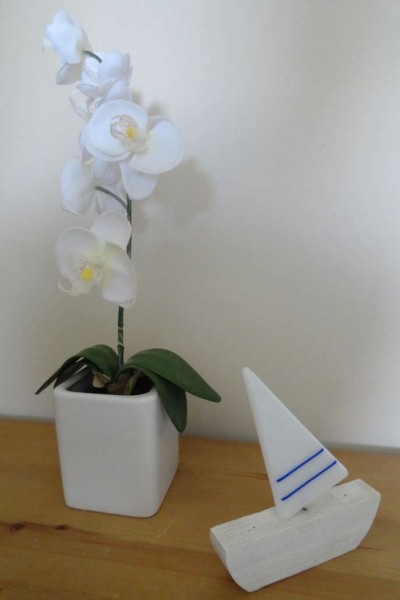 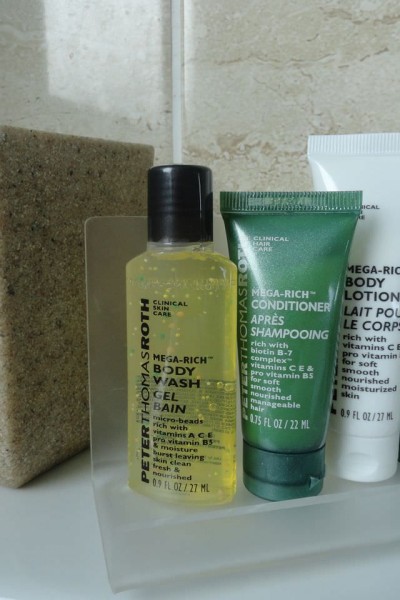 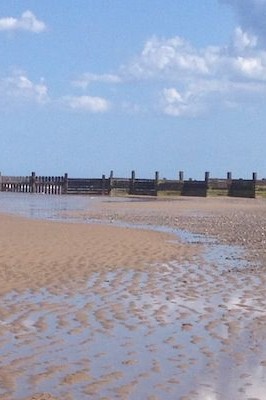 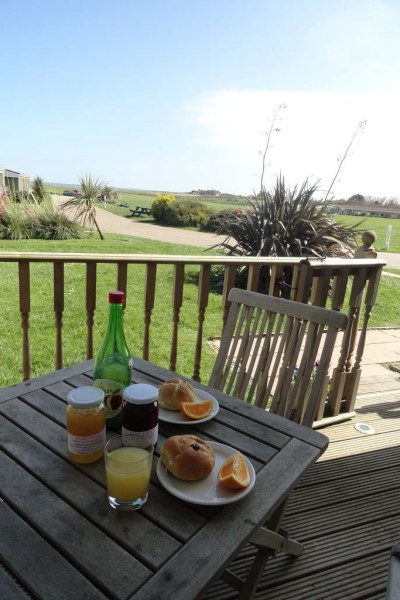 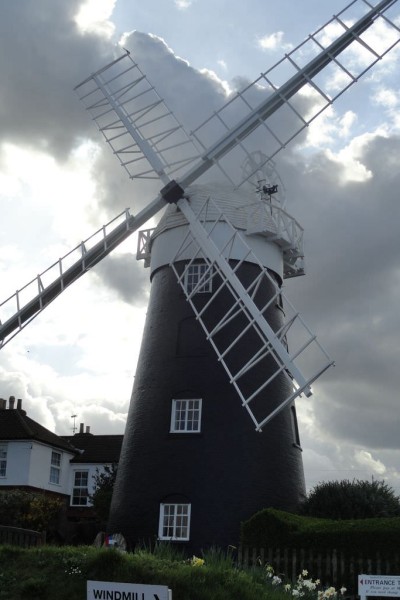 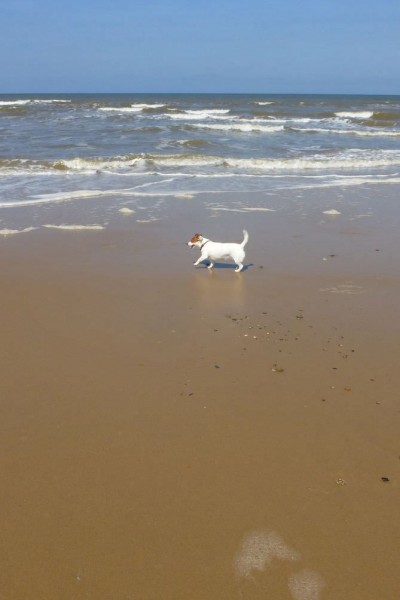 What our guests say:

Luke
The chalet was exactly as described, great location for a beautiful beach on a very well maintained holiday park. April 21 Tides
Emma, Mike and Lenny the dog!
Had a lovely stay, beautiful walks along the coast and great pub, fab food. Lenny the dog loved it too! Thank you. Oct 17, Bramble Cottage
Figg family and Gem
We had a lovely stay at Bramble Cottage. We loved our walks across the field to the beach and to the village. We only used the car twice! Aug 17, Bramble Cottage
Belinda
Had a lovely holiday staying in Bramble Cottage. Great location to access lots of wonderful days out: See the seals at Horsey, beach at Happisburgh and Sea Palling, Great Yarmouth, Cromer and Bewilderwood. Was very lucky to visit when the lighthouse was open too. Sep 16, Bramble Cottage
Marilyn
Just back from a lovely week in Bramble Cottage in Happisburgh. Lovely weather and lovely location. Sidney (the dog) enjoyed the wonderful beaches. Oct 16, Bramble Cottage
Wendy
Had the best week in Bramble Cottage, a rustic charming flint cottage, beautiful beach walks , Bacton Woods, and seal watching at Horsey Cap! Lots to see and do, perfect relaxation, loved it and will be back again soon. Dec 2016, Bramble Cottage
Daruni
We have just returned from a mid week stay at Tides, what a beautiful chalet this is, clean, tidy and very comfortable, also very dog friendly. Thank you for letting us rent Tides, my sister and husband joined us and both loved it as well. Cannot recommend this highly enough. Nov 16, Tides
Jenny
Returned last week after a 4 night break staying at Tides. We always go away once a year for a doggie holiday and this break ticked all the boxes. Tides was great, everything we all needed...clean, spacious and comfortable. Rainbows End where Tides is situated, clean and well kept and very dog friendly. Lots to do in area we visited Cromer, Great Yarmouth, Mundesley and Bacton Woods during our stay. Would recommend Tides if you are looking for a peaceful dog friendly stay in a beautiful part of Norfolk then this most definately it, great communication from Debbie the owner from booking onwards. Hope to stay here again in the near future. Sept 16, Tides
Susan
Had a lovely time staying at Bramble Cottage with our two dogs. Cottage has lots of character, all the facilities you need and a secure garden for dogs. Neighbours very friendly. Easy walk across a field to the village (great dog friendly pub) and the beach and good location for exploring the area. We will definately go again. April 2017, Bramble Cottage
Jodie
Just got back from a lovely, relaxing weekend staying at Beachscape! Barney had an amazing time and is knackered after all his walks on the beach, which was literally 2 minutes away and in Bacton Woods a 5 minute drive away. The chalet was clean, cosy and comfortable with everything needed inside. Would thoroughly recommend The Poachers Pocket and Sugar and Spice cafe, the staff are very friendly and so dog friendly and the food was lovely! The fish and chip shop was also nearby and the food very nice. We also hired a day boat from Richardsons in Wroxham which was a 20 minute drive away and had a really enjoyable day out. Will definitely be returning! Had a great weekend. Thanks for all your help! Sept 2016, Beachscape
Show More

Sign up for our newsletter with special offers, our blog and late deals:

Pinterest
🎉🎉🎉 APRIL CANCELLATION 🎉🎉🎉 🏚 BRAMBLE COTTAGE 🏚Sadly due to ill health, I've had a last minute cancellation for a week this month. It's so popular it's otherwise fully booked until July!NOW REDUCED!Saturday 23rd April one week £540 or two short breaks3 nights from Saturday £325 or 4 nights from Tuesday 26th £325Bramble Cottage is a beautiful 16th century single storey converted and extended barn in Happisburgh. Set in rural countryside, a short walk from the coastline. 🛏 Sleeps 4 in 2 bedrooms🐾 welcomes 2 dogs🖥 TV & DVD player💻 fast unlimited fibre broadband⏰ time saving appliances; microwave, washing machine, dishwasher🔥 woodburner🚙 two parking spaces🌳 courtyard garden🏚 summerhouse A quiet village location but so much to see and do only a short drive away 🏖 miles of sandy beach 5 minutes drive away🌊 walk the Norfolk coastal path 🌳 Bacton Woods nearby for woodland walks☕️ cafe in the village🥂dog friendly pub to eat and drink in🛍 local produce and artisan shop🐟 fresh fish shop 🌺East Ruston Gardens 💡Happisburgh Lighthouse 🦀 see the seals at Horsey Gap🎬 cinema and end of the pier theatre at Cromer🏄🏼‍♂️ surfing and paddle boarding in Cromer ⛳️ golf courses inc crazy golf at Mundesley & Cromer ⭐️ Trip Advisor reviews There’s so much to see and do a short break is never enough time! Prices and availability on the cottage page. Standard changeover days Saturday & Tuesday. Variable days during the winter months. Bramble Cottage: http://bit.ly/BrambleCottageNorfolk Coastal HolidaysPlease message me or fill out the form on my website if you'd like to book. ... See MoreSee Less

Peace and quiet by the seaside on the Norfolk coast. Perfect retreats; self catering, dog friendly, holiday homes, short breaks all year round.

A beautiful March day by the sea. What more can we ask for!
Next availability this Friday if you fancy getting away…….😁

Amazingly there’s still two Christmas breaks left for Christmas 2021. Beachscape and Tides are available for a week or a short break, checkout by 27th. #christmasbreak